This project was done for the summer event called Festa Major that it’s held every year during a week of summer in the borough of Sants in Barcelona. The topic of that year was inspired by the submarine Nautilus that appears in the story Twenty Thousand Leagues Under the Sea by Jules Verne. The street was decorated along the 150 meters with a structure that imitated the vehicle, where the visitors could see the capitan and machine room. Also hundred of fishes hanged from the roof were transmiting the idea to be under sea . 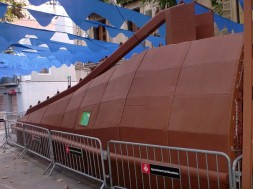 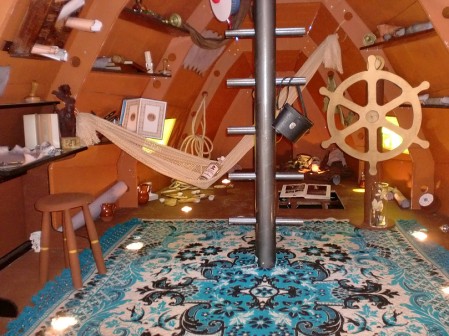 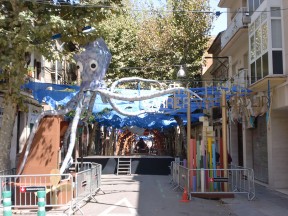 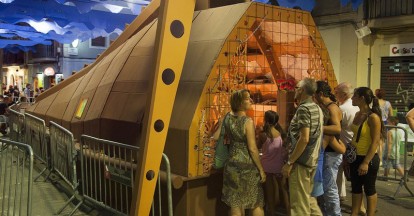